As seen through the eyes of Vanatics Van Club:

Well our trip started on Friday, Jan 27th with getting up at 2:30 a.m. so we could be on the road by 4:30a.m.  Jerry and Laura spent the night so we could get an early start. We met up with Rocco at the local travel center off I-55 and started our journey - first stop New Orleans!

We arrived in the Big Easy just in time for the weekend traffic heading to the city. Didn’t take long to reach the hotel though and we settled in with a few cocktails and preparing to head out for the evening. We grabbed a cab (suburban) for the 5 of us to hit the city. We were dropped off right in the thick of it and we were ready to party. 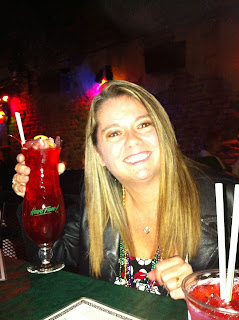 First stop was to grab a “Grenade” drink a local favorite and a few beers. We met up with some friend that live in Baton Rouge and the party was on! We went to Pat O’Brien’s to get a hurricane for Princess’s birthday (fact is she had 2 lol). Then we proceeded to make our way from bar to bar until about 2 am when we had enough and were tired from driving. 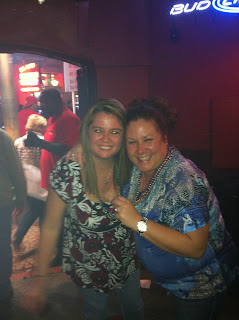 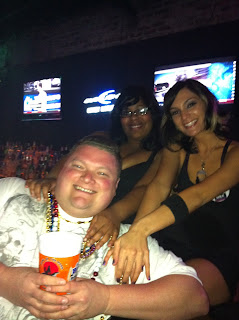 After a good night’s sleep we were up and back at it down at the French Market getting a cocktail, some gumbo and a muffaletta to satisfy our appetites, after that we proceeded to walk through the various shops and have some more cocktails. We made our way back to hotel later to clean up and grab a cab back down to the fun. Well let’s just say the rest of the evening was a lot of fun going from bar to bar enjoying the entertainment and we wrapped up about 2:30 a.m. - do you see a trend here?? lol..lol.. 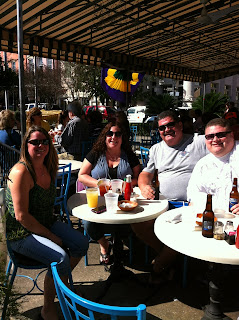 Sunday we got up and back down to the city after seeing Rocco off. He was heading to Clearwater, Florida and would meet us at the Council’s hotel. We arrived downtown to have the first of a few issues with our minivan as the ignition/key got stuck in the lock position. After about 30 minutes Jerry and I managed to unlock it and get van started so we pulled the battery cable and locked the van up and made our way downtown. We made an early evening of it, had a nice dinner and off to bed as we were heading to Gulf Shores, Alabama the next morning. 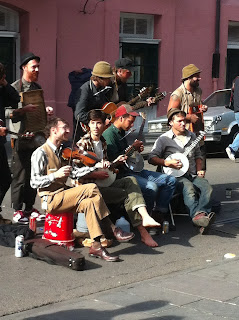 Got up Monday morning and left hotel around 8:30 and off to Gulf Shores. There we met up with Rita’s sister and mom and the Vantasia gang who were on their way to Florida. We grabbed a nice lunch with them at a place called Tacky Jacks. They came to our hotel and we finished off with drinks and a few apple pie shots and we finished ours at the famous LuLu Buffets restaurant (great food). 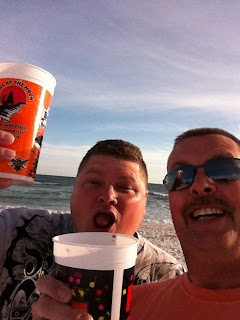 Tuesday we got up and had a bite to eat then took in some beach time, some lunch and dinner with Rita’s family and Jerry and Laura. Then called it an evening so we could get up and make our way to Florida the next morning.

We awoke Wednesday to dolphins outside our hotel in the ocean and warm weather! We loaded up and off to Florida we went. Made great time going down until (insert drum roll) the van broke down. We had pulled off to use a gas station and it died. We called for a tow and Rocco came and picked up Jerry and the girls. I myself had the ride of my life in the tow truck with the driver towing my van coming inches from running into the rear of a stopped vehicle. Let’s just say I was pissed and needed a drink. Jerry and I trouble shot the issue and had suspected a bad fuel pump so with the help of Randy (Gnarly) from FVC (he set us up with some tools) and myself Jerry and Denny Smith Jr, we dropped fuel tank and installed new pump and filter.. guess what??? Didn’t fix it.. grrrrrr… so next we discovered no spark.. ok easy enough new coil pack, guess what?? Didn’t fix it… double GRRRRRRR.. and to top it off now were blowing ignition fuses now I’m mad.. so I get my laptop out. I found a website that someone had blogged the same issue I was having and behold we found issue the O/2 sensor wire fell against exhaust manifold and was shorting the ignition out so .50 cents of electrical tape we were back in action minus $200.00 fuel pump we could not return. Oh well no need to worry about those for a while..lol..lol.. We spent the rest of the day at the beach bar laughing it off and made our way back to hotel where we left to go pick up the other part of our crew at the airport - the Hyde’s and Raoul. After picking them up we partied for a while then off to bed. 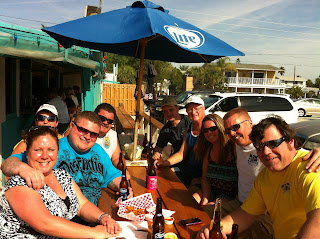 Thursday we spent the day near the beach bar hopping and souvenir shopping then back to the hotel to get ready for the nights activities. It was pajama night and I, Jerry and Rocco managed to pick up some cool shirts with Drunk 1, 2 & 3 on them so we suited up and made our way to the party. The shirts were a hit with the vanners,  the band was great and we partied until wee hours. 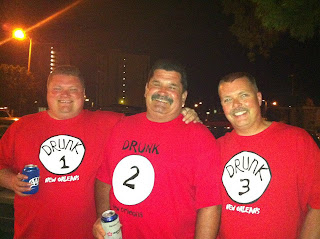 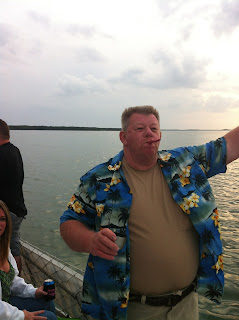 Saturday we strolled around to look at all the vans in the show and shine. Rocco had his Caravan panel in the show and won a trophy for it as well - great job Rocco! After Cindy returned from the meeting we made our way to lunch and then back to the hotel for a cruise from 5-7 p.m. We had a great crowd with Mr.Bill, the Hopcraft’s and several others. We managed to drink a gallon of apple pie I had saved just for this occasion it was a great way to top off the trip. After returning we made our way to the band as well as all the raffles being drawn. Needless to say none of us won..lol..lol.. all in all a great trip took 15 hours to get home but worth every bit of it to spend time with my family and close friends and all the vanner family as well.