HOAVC's HAVOC is the final camping event of the season for our council. It was held at the Jasper County Fairgrounds in Colfax, IA. The attendance has shrunk some over the years but it's just as much fun as ever! 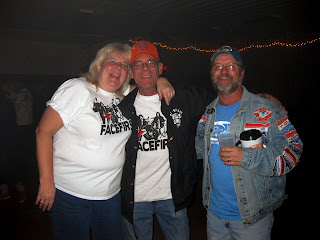 We got there late Friday night and after we set up camp we headed up to the building for the party.   The party was in full swing when we arrived so we had some catching up to do! Face First was rockin' and everyone was dancing. HIVE ran the shot bar Friday night until the drinks ran out. 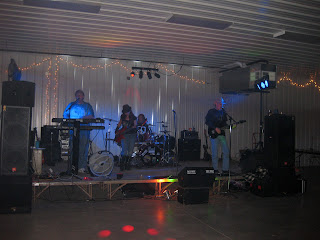 Saturday a lot of us slept in recuperating from Friday night's fun. Kids games & Adult games started. Big Dogs was serving food all weekend long for those of us with the munchies or who just didn't feel like cooking. I think everyone at the truck-in played at least one of the games. Every club that is a member of the council usually runs one adult and one kids game. There is also a phantom show n shine so you never know what you might win an award for. We held our HOAVC meeting and officers were voted on as well as 2011 Vanner & Vannerette (I'll post minutes from the meeting at the end) after the games. Later that afternoon the kids hit the campground in their costumes to do some trick or treating and have their costumes judged. 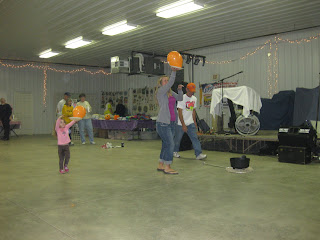 Trophy presentation and pumpkin carving judging followed dinner.  Once again - some very inventive costumes. Congrats to Dale & Bonnie of CIV for being voted Vanner & Vannerette for 2011! CIV did a hayride through town again for everyone. Cold out but a lot of fun going past all the homes and having people check out the crazy people on the hay wagon LOL. 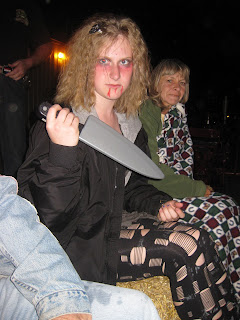 2012 will be the last year we have HOAVC at this fairgrounds on October 19-21. Not sure where we'll be yet in 2013 but we'll keep you updated! Hope to see you there!
For more pics check out our website and Facebook page. The 2012 flyer should be posted soon.

Posted by Heart of America Van Council at 6:42 PM