Well, I didn't get a recap from anyone so far and Rick and I were only there Friday so I guess I'll post the pictures from CIV and hope someone emails me an article later. 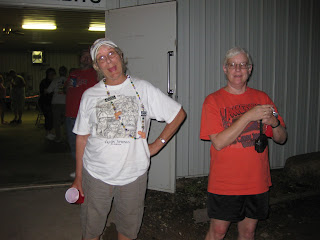 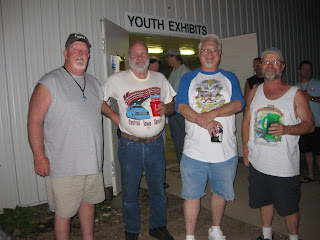 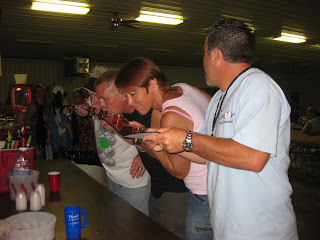 I can tell you the shot board that Don Noone brought was fun Friday night.  Looks like Saturday had some interesting games and a tour of a local winery.
Thanks to Joyce Wiese for sending me pics from Saturday!

Posted by Heart of America Van Council at 8:55 PM No comments:

Keith and Dawn from Vantasia got on the road and started our way to the Midwest Truck-In over the memorial day weekend. We pulled in when gates opened at noon on Friday and parked with our good friends from Vanatics Van Club. We got all set up and the drinks began! Wick from Vantasia joined us about 4:00pm. We filled up the cooler and made our way around the campground.

The band started up at 9pm and followed with a Beer Pong tournament in the pavilion. Keith from Vantasia and Chico from Vanatics teamed up and had a blast making it to the championship against Blue Grass. It became very exciting and entertaining for all that was watching! After an intense game Keith and Chico ending up winning and received the beer pong belt! We stayed up late that evening into the morning of 3am. Got up Saturday morning moving around slow. 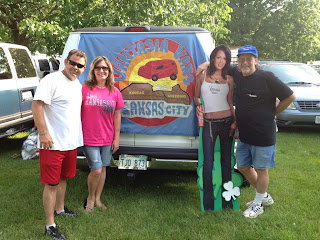 The show-n-shine was not until 3:00pm so that was nice that we had extra time to rest up. We drank lots of water and gatorade! We got our Van cleaned up for show-n-shine, got it parked and joined the other's at Bucko's Van for shots. Keith, Dawn and Wick then went to The Oasis Tavern on the corner and had a great dinner.

We headed back to the Truck-In and started all over again with Blue Grass Vanners and the moon shine, Chrome Dome with the apple pie and tequila! Walked around and visiting with all the fine people from Midwest.

The band started up and jungle juice was ready to go from Blue Grass! Then it was time for the beer chugging contest - Keith from Vantasia and Courtney from Vanatics signed up but couldn't keep up, they still had a great time trying. We made it another late night having a blast with everyone even Jerry from Vanatics.lol'

We headed back to Kansas City Sunday morning because we both had to work Monday. Wishing we could have stayed but we will next year when we go back!

When we got home Sunday, we got a call from Rocco from Vanatics and he told us that Vantasia got the long distance award and Keith and Dawn's Van won 1st place in show-n-shine in our class. Keith also got a trophy for the beer pong tournament. 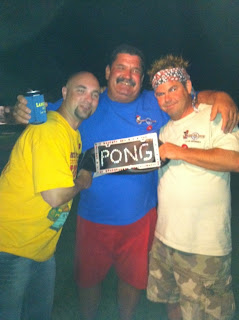 Hats off to Midwest Vans LTD, You folks put on a Great Truck-In!
Thanks again, Hope to see you all at NATS.
Keith and Dawn Gray - Vantasia Van Club
Posted by Heart of America Van Council at 11:34 AM No comments:

Hosted by Vanners of OZ

This event was held at the Ranch Bowl in Kansas City, KS again. There was a good turnout although I don't think as many pickups showed this year. 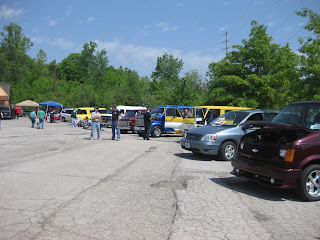 As usual they kept us entertained with a DJ and games that included the bean bag toss, bowling and beer pong. I hope everyone went in and had some food - reasonable prices and tastes good!


The club made some nice trophies to hand out that included a picture of the van and their owner(s). They also had a LOT of giveaways in their raffle that included hats, shirts, concert tickets, etc. 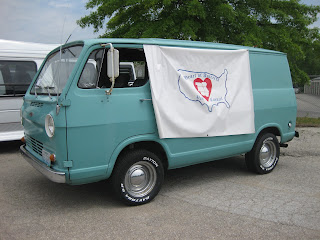 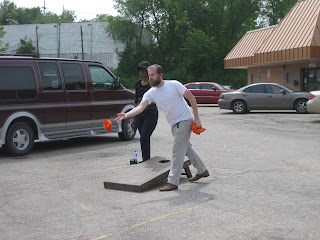 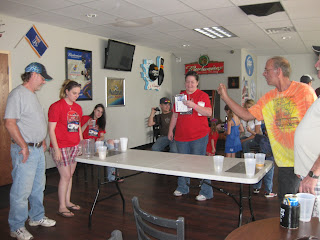 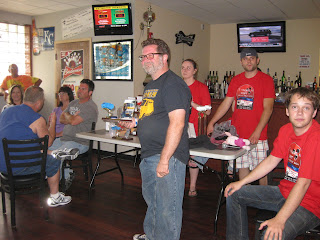 Nice job Vanners of OZ!!!
Posted by Heart of America Van Council at 9:24 PM No comments:

This is an award winning show van, and is a one owner vehicle. Some of the details are tongue and groove walnut floor, walnut running boards, twin sunroofs, walnut overhead consoles (front & rear), vinyl covered dash/door panels/head liner, 113,000 miles. 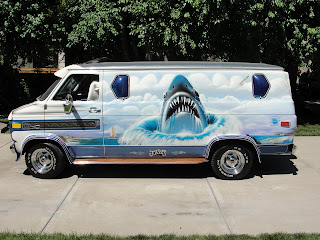 Price is firm, will not deliver, pick up only, cash or cashier check only. If a cashier check is used the title will only change hands after the cashier check has been deposited in his account.

Please see the link below for pictures and video. Some of the video and pictures are large.
http://www.seagateshare.com/share/large5/share/craigslist/Jaws%20van/

Posted by Heart of America Van Council at 3:51 PM No comments: