If you've never been to CIVs truck-in you should try and make it out some time. It's always a fun time! The event is held at the Jasper County Fairgrounds in Colfax, IA the 1st weekend of May usually. Due to the flooding of the grounds last year the party was moved into the barn next to where it's usually held.

There was a DJ playing on Friday night and the shot bar was the place to be. 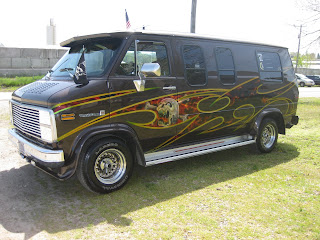 Show n shine was the next morning. There were about 10 vans in the show.  Ed & Jo Ann Gray from County Line debuted the new paint job on their van - very nice!!

Carson was there pinstriping again this year and Gary & Jean took advantage of it. 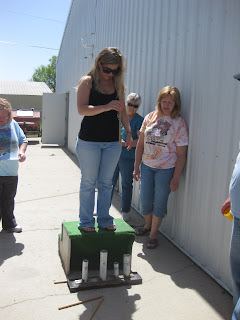 Games followed the Show n Shine as well as the annual caravan to somewhere interesting. This year it was the Tulip Festival in Pella, IA.  I couldn't talk Rick into it going this time since we had gone there before so we stuck around the grounds and relaxed. 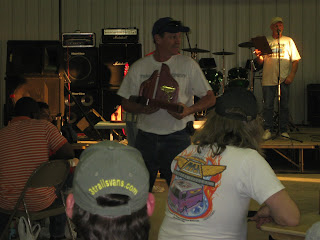 Trophy presentation came later that night followed by wine tasting and a live band.
Thanks CIV for putting on another great event!